Having been shocked himself when witnessing the extreme brutality of vigilante violence, sociologist Muhammad Asif decided to study why people take the law into their own hands. His work culminated in a new theory of the causes underpinning vigilante violence, which combines various explanatory factors, such as distrust of the state or the police, and strong emotional reactions to violations of moral values. Asif’s study took place in Pakistan, but his insights are also relevant to other cases of collective violence around the globe. He will defend his PhD thesis on Wednesday, 2 February, at the University of Amsterdam.

On 15 August 2010, two teenagers were brutally beaten by a group of people in the city of Sialkot in Pakistan. It seems the teenagers were suspected of robberies in a neighborhood nearby. After seeing footage of the incident, Asif decided to look into the phenomenon vigilante violence: ‘I had never witnessed such brutality in my life. The scenes I saw were so intense I remained in a state of shock for days after the event.’ In his research, Asif moved from looking at traditional causes of vigilante violence – such as weak state-level intervention and police illegitimacy – and developed a new theory explaining  why people take the law into their own hands.

A new theory of vigilante violence

Asif’s theory - vigilante rituals theory – goes beyond the traditional ideas about such vigilantism by incorporating both emotions as drivers of the violence, such as anger or desire for revenge, and political encouragement of the violence. ‘Even when people perceive the police as legitimate and effective, they may turn to vigilante violence,’ explains Asif. ‘People can experience strong emotions and might desire punitive action if they feel moral values they deem essential to their group identity have been violated.’ Furthermore, vigilante violence is often enacted under certain socio–legal conditions of legal illegitimacy, exposure to violence, and the authorities’ encouragement of violence, adds Asif. ‘These help organise the microsociological processes that underly the vigilante rituals that lead to violence and the punishment of the offender. Political leaders might induce and exploit emotions by setting these rituals in motion to create acts of collective violence.’

Vigilante violence might begin with ordinary slapping and punching, escalating to more intense extrajudicial punishment of the offender. When alleged offenders are punished and killed by torture and mutilation it is defined as lynching. Asif specifically studied vigilante violence and lynching in Pakistan where they are often linked to emotions and values around the avoidance of blasphemy.

Asif initially empirically examined two hypotheses that derived from his vigilante rituals theory, namely that people would support vigilante violence when they experienced a lack of police and state legitimacy and when they were angry because moral values were deemed to have been violated. He found that people do indeed support vigilante violence when they perceive the police as illegitimate and corrupt or when they are easily angered. ‘The findings revealed that people who are easily angered may prefer vigilante punishment instead of deferring to the legal authorities, even when the latter are present,’ says Asif. ‘These findings support the theory that both the emotion and legitimacy approaches are related to support for vigilante violence.’ 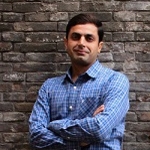 Copyright: Muhammad Asif
Religious-political leaders incite crowds to control the community for political gain and showcase their own ability to uphold the law Muhammad Asif

Asif also attempted to discover if vigilante violence is mobilised and channeled through vigilante rituals and if its likelihood increases when authorities encourage such violence. Based on in-depth interviews with perpetrators, witnesses and government officials, along with video footage and newspaper clippings, he analysed how lynchings proceeded and are enacted. His analysis revealed that lynchings are orchestrated through vigilante rituals, whereby crowds generate a feeling of moral communion under the active encouragement of religious-political ‘ritual engineers’. These engineers mobilise crowds by chanting slogans and singing songs to activate bodily alignment processes (participants synchronising the movements of their bodies). Vigilantes then proceed with the lynching of the alleged offender to restore the integrity of their moral values. ‘The aim of religious-political leaders in inciting crowds seems to be controlling the community for political gain and showcasing their own ability to uphold the law,’ concludes Asif.

Vigilante violence around the globe

Although vigilante violence and lynching might be more present in some African and Asian countries, there are also cases in the Western world. Maybe the best recent example was the crowd storming the US Capitol in January 2021, incited by former president Trump. Explanatory factors like a lack of legitimacy of the state and police, the violation of moral values, and political encouragement also played a role in that incident. ‘This implies that vigilante violence in particular, and collective violence in general, need to be seen as an interaction between micro ritual processes and macro conditions of political strife,’ says Asif.

Asif concludes that his new theory is more integrative and comprehensive than its predecessors, as it provides a broader, more inclusive understanding of vigilante violence and lynchings than earlier sociological and criminological theories on the subject.